Denver Colorado, nicknamed the Mile High City because of its elevation--exactly 5280 ft (one mile) above sea level, was originally settled as a mining town on the banks of the South Platter River. The original Denver City serviced local miners with gambling, saloons, livestock and goods trading.  Denver City was incorporated in 1861, became the territorial capital in 1867, the permanent state capital in 1881 and then shortened its name to Denver.

With 300 days of sunshine, the front range to the Rocky Mountains to the west, and the confluence of the South Platte River and Cherry Creek; Denver is an amazing place to live or visit.  Denver is the second most populous city in the Mountain West (after Phoenix AZ), was named the #1 Best Place to live in the Us by US News & World Report (2016) and was selected as America's favorite City for a Ski Trip by Travel & Leisure (2017).

Denver boasts more than 500 urban acres of recreation in more than 200 parks and trails which offer a plethora of options for the outdoor enthusiasts--walking, running, biking, swimming, golfing, boating and so many more activities. Among the favorite Denver city parks are: Washington Park, Confluence Park, Sloan's Lake Park, Central Park, Skyline Park (with a winter skate area) and Civic Center Park. City Park is home to a public golf course, the Denver Zoo and the Denver Museum of Nature & Science.

Other great museums in Denver include the Denver Firefighter's Museum, the Molly Brown House Museum, the Forney Museum of Transportation, the Denver Art Museum, the Denver Mint (although not technically a museum, tours are available) and Meow Wolf.  Concerts, plays and other performances can be enjoyed at the Denver Center for the Performing Arts, the Buell Theater or the Paramount Theatre.

The Denver Botanic Gardens, Elitch Gardens Theme and Water Park, and the Downtown Aquarium are all options for more fun and recreation.

Denver hosts many different festivals and events yearly.  The "best 16 days in January" occur during the National Western Stockshow--the premier livestock, rodeo, and horse show in the nation since 1904.  The Stockshow kicks off with a parade-complete with a cattle drive-to celebrate Denver's western traditions.

If you have any questions about any of the following single family homes, condos or townhomes for sale in Denver, CO please Contact me today. I can schedule a private showing for you.

Don't miss this rare opportunity to own a piece of Denver history! This incredible Victorian, built in 1886 for Helen J. Burnham, was designed by famed Denver architect G...

Have you been waiting for a home close to City Park? This home has the location you have been dreaming of, wonderful curb appeal and a great layout. It's also in move in ...

CALLING ALL INVESTORS OR WANT TO BE INVESTORS!!! Ready made flip with all the demo already done for you; you just have to make it pretty! Located on the 12th floor with t...

Looking for a spacious and luxurious brand new build in the coveted Park Hill community? Look no further than this 5000+ sqft contemporary 6 bed, 6 bath home. From the op...

Charming two story home located conveniently to Pena Blvd and E470 providing easy access to all your retail, restaurant, and entertainment needs! You will be impressed th...

If you're looking for a move-in ready home with so much new in a fantastic location, look no further. This property includes a CARRIAGE HOME that's perfect for renting. U...

Get into homeownership for under 400k in Denver. Wonderful remodeled home in the heart of Denver. Fenced in yard for this unit to enjoy the Colorado weather. New kitchen,...

Welcome home to this beautiful 3-bedroom and 2 bathrooms turnkey modern home in the heart of the highly desired neighborhood, University Hills. This home features new fin...

**Professional Photos Coming Soon!** Welcome to this beautiful three-bedroom, three-bathroom, freshly painted home within the Indian Creek community. This home has been w...

The content relating to real estate for sale in this Web site comes in part from the Internet Data eXchange (“IDX”) program of METROLIST, INC., DBA RECOLORADO® Real estate listings held by brokers other than Real Estate Company are marked with the IDX Logo. This information is being provided for the consumers’ personal, non-commercial use and may not be used for any other purpose. All information subject to change and should be independently verified. IDX Terms and Conditions 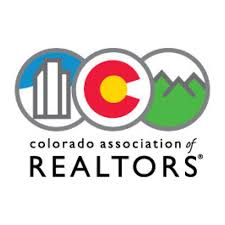